Just some musings about this whole process from my (Brooke) persepctive.  If you have any specific questions about our process into becoming Farm Winery owners in Arizona, email me at brooke@vinostache.com and I will write about it!

Cold is Actually the Problem 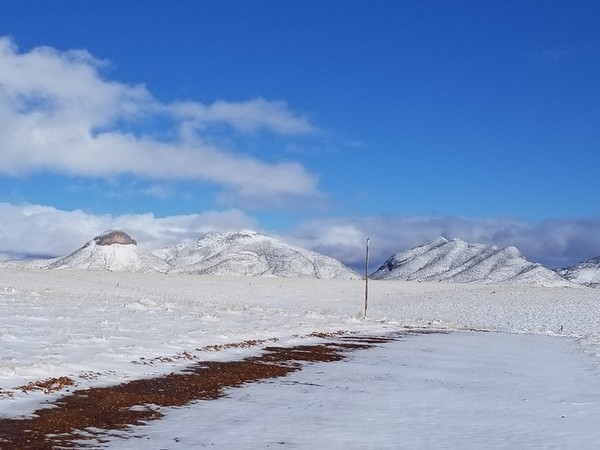 I get asked often, "Isn't it too hot in Arizona to grow good wine grapes?"  I know this may seem obvious but Phoenix is not the entire state of Arizona! Phoenix is actually in a valley and the state is covered in beautiful mountain ranges!  We grow wine in Arizona between 3,500 and 5,500 feet in altitude. Those summer temperatures of the 115 don't come close to our vineyards.  Sonoita for example, rarely kisses 100 degrees in the summer and in August and September the monsoons come in and cool everything down.  Our problem can be late spring frosts, like we just had last week in Sonoita.  Full on snow in mid-March was a reminder of that.  Thankfully the buds were not pushed yet - because if they were, say good by to a nice full harvest.  Grapevines are pretty resiliant though...think weeds.  Each bud has a primary, secondary and tertiary buds.  So if the primary bud is damaged the secondary or tertiary buds can push and create foliage.  Unfortunately, those buds have little to no fruit!  We also have problems with early fall frosts!  So like I said heat is not our issue...COLD is our issue!  Picking varietals that ripen late and quickly is important too because early spring frost can be a son of a gun too.  The past 2 harvest in Sonoita, freezing temperatures were creeping in sooner than I wanted...especially in the Cabernet block at Caretto Vineyard.  That damn fruit does not want to get over 22 Brixs, which is pretty low for Cab.  Nevertheless the wines that fruit is making are fresh, fruit forward and light.  Arizona cab is not Napa Cab, that is for sure.  So as I think about what to plant, varietals that push out late and ripen quickly will be on the agenda!